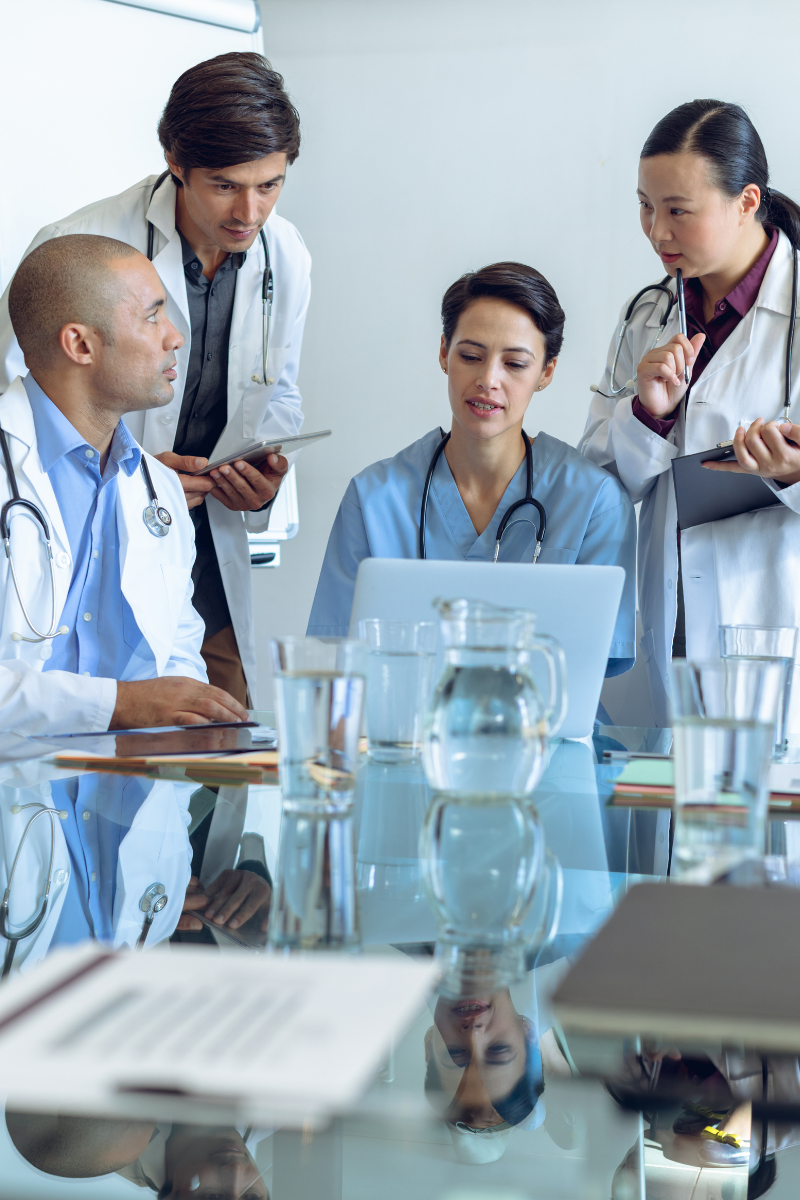 As healthcare shifts from fee for service to value based, we are dedicated to both patient and provider outcomes.

We are more than just an RPM provider.

We support your practice or health system in expanding your reach and ability to measure patient success that aligns with your own.

We seek to solve the biggest challenges in healthcare. As a post-acute partner with health plans and hospital systems, we test, measure, improve, and report measurable outcomes using technology-enabled care models. Virtare is a provider and patient care hub, connecting you to better solutions at each and every stage.

Franklin Moses started his career in the healthcare industry at a very early age working in the back office of a medical practice. Franklin has learned the ins and outs of healthcare operations, which helped him gain a full understanding of what it took to operate a successful medical practice. 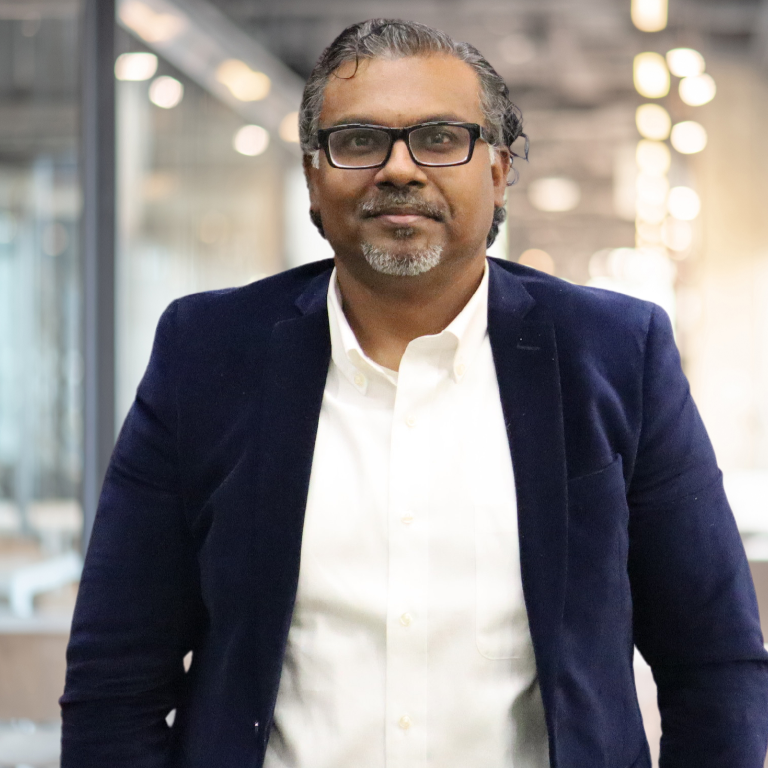 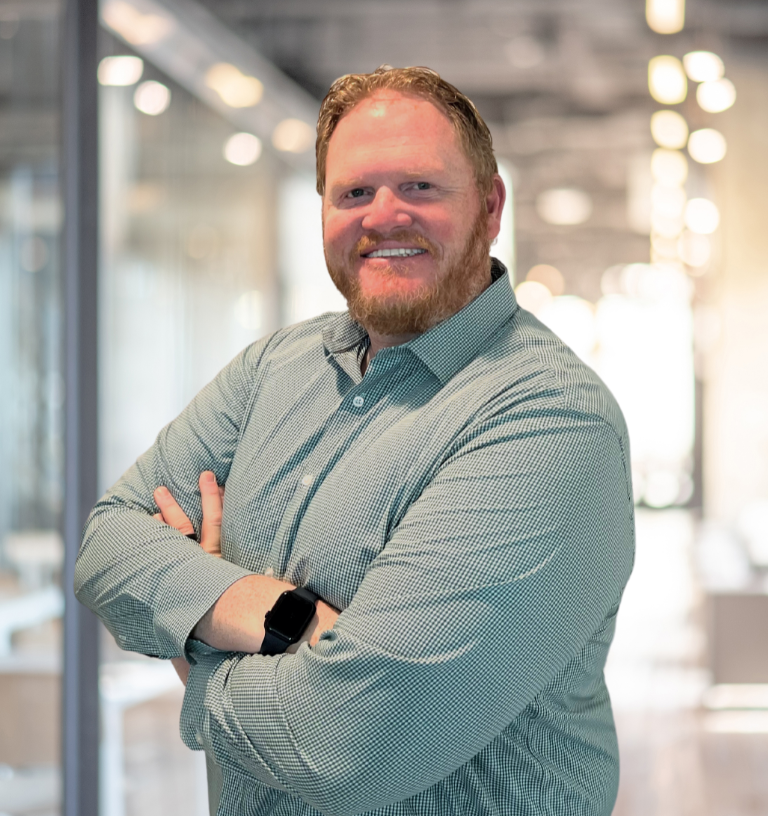 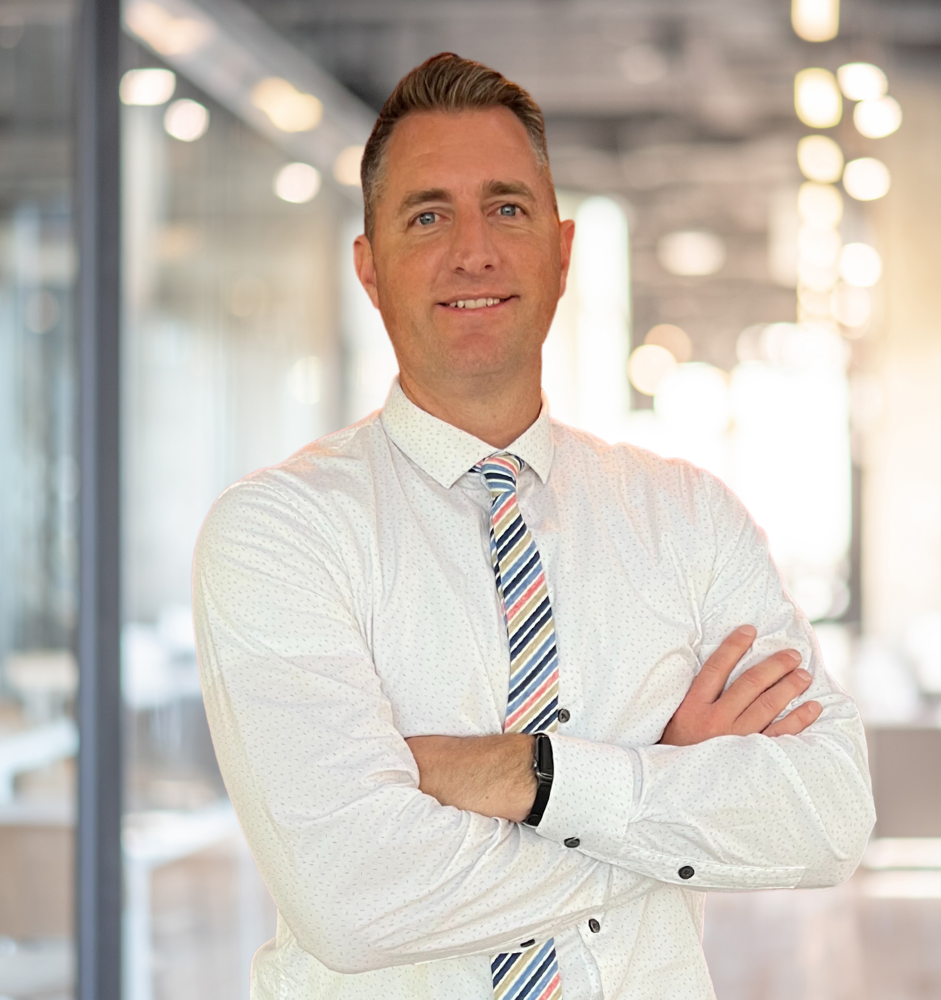 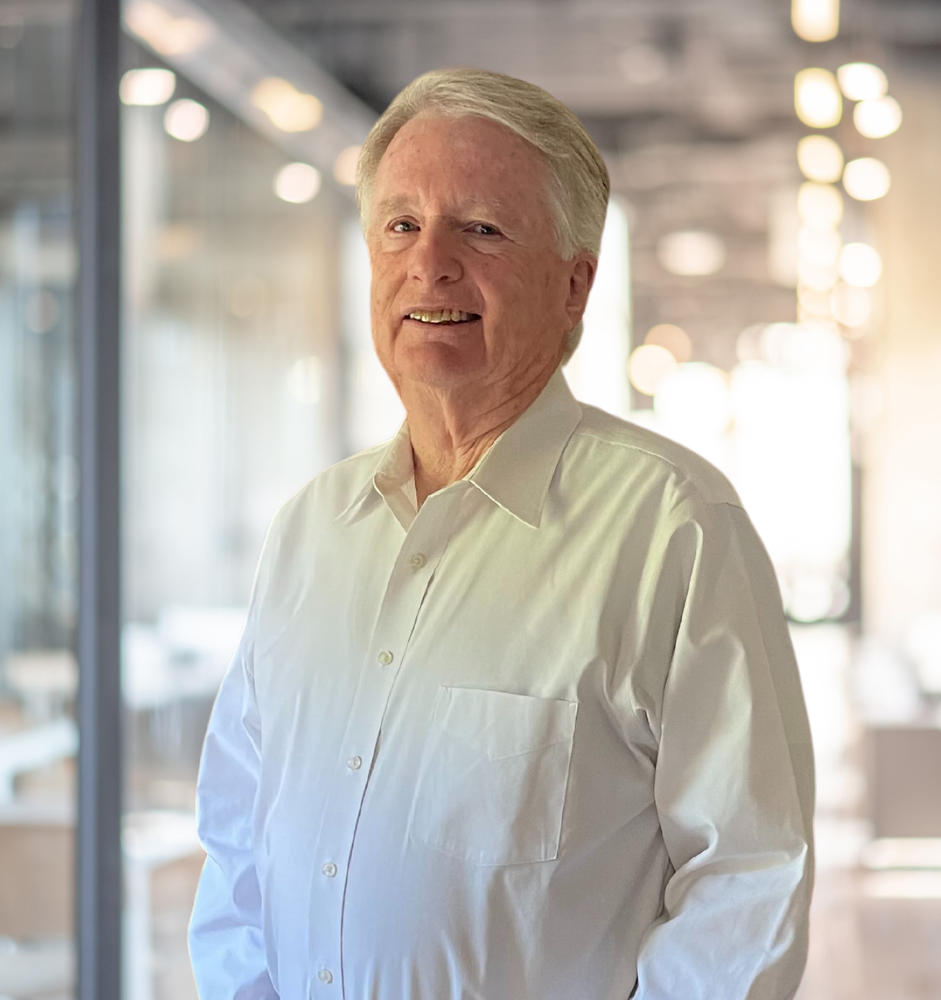 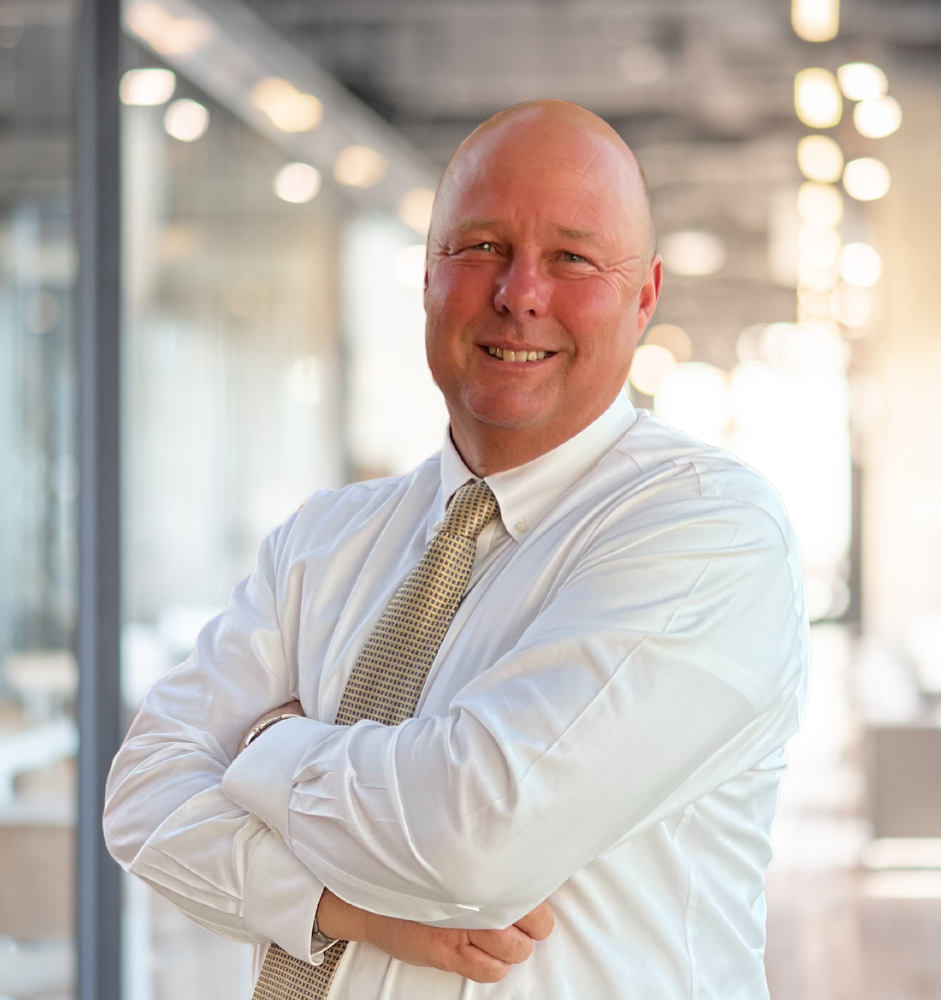 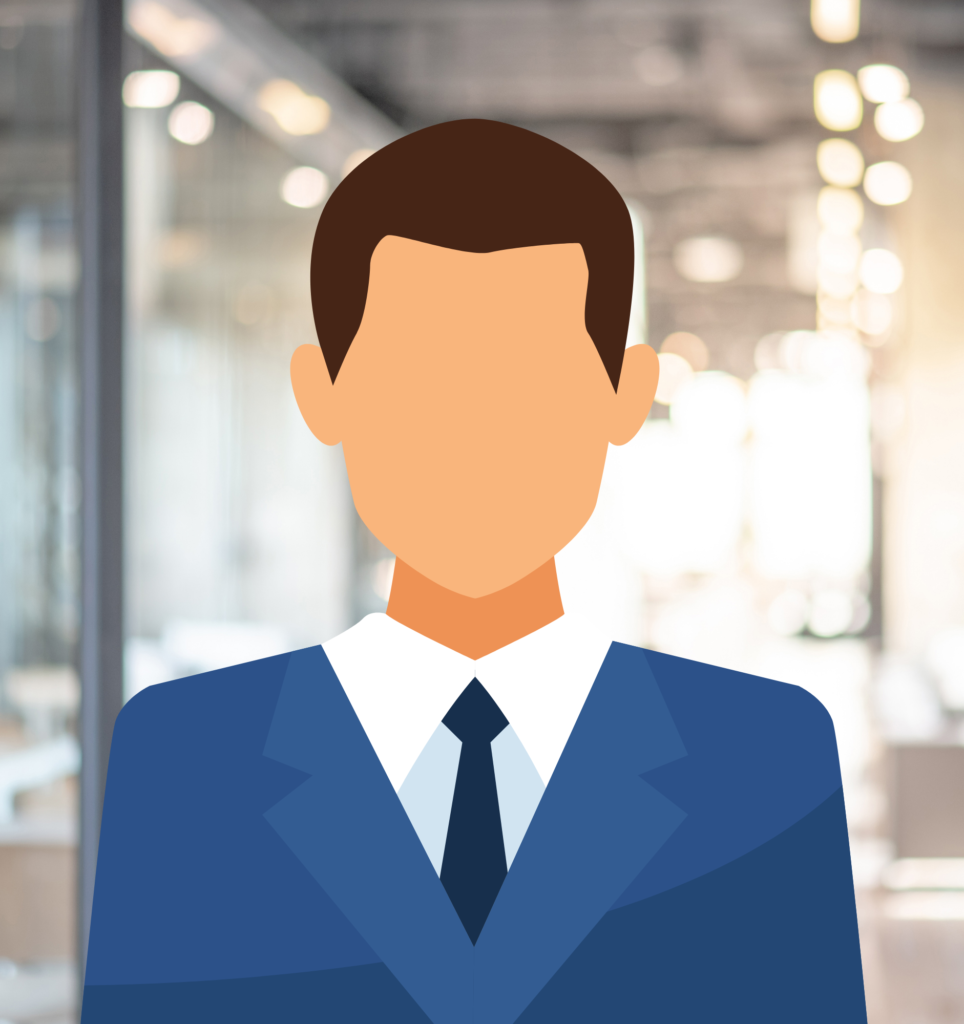 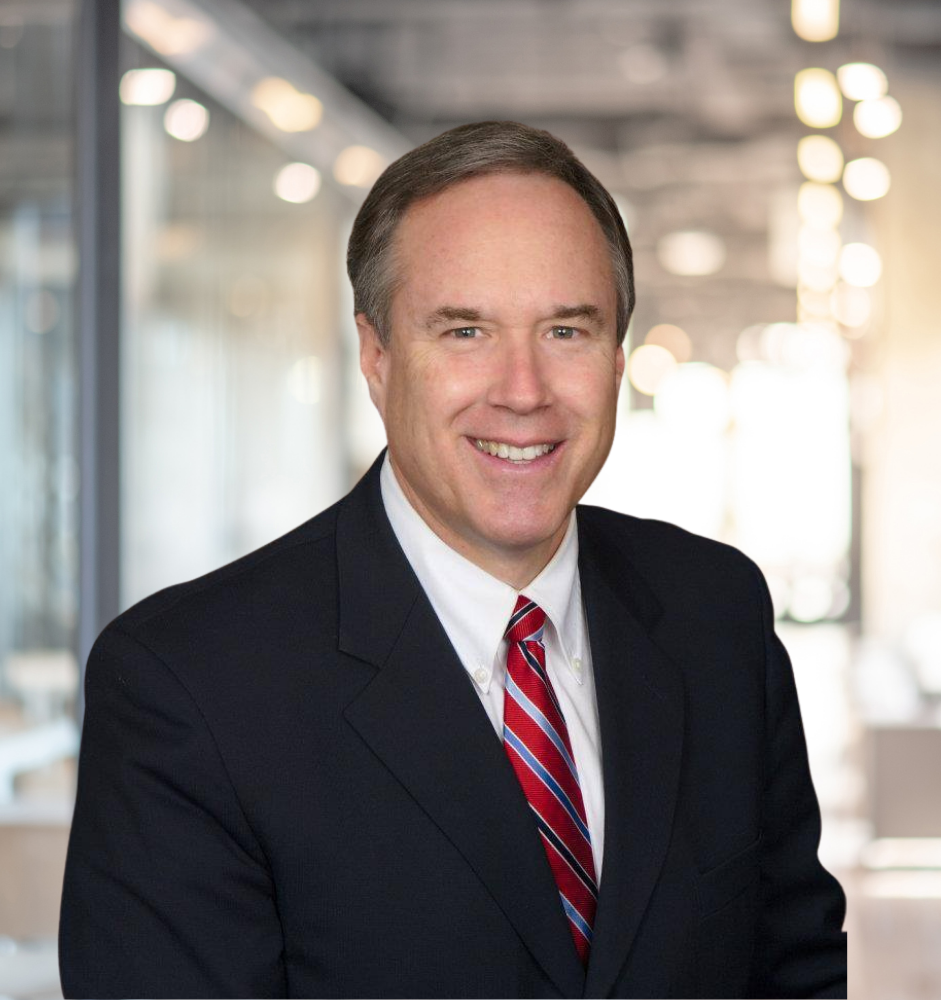 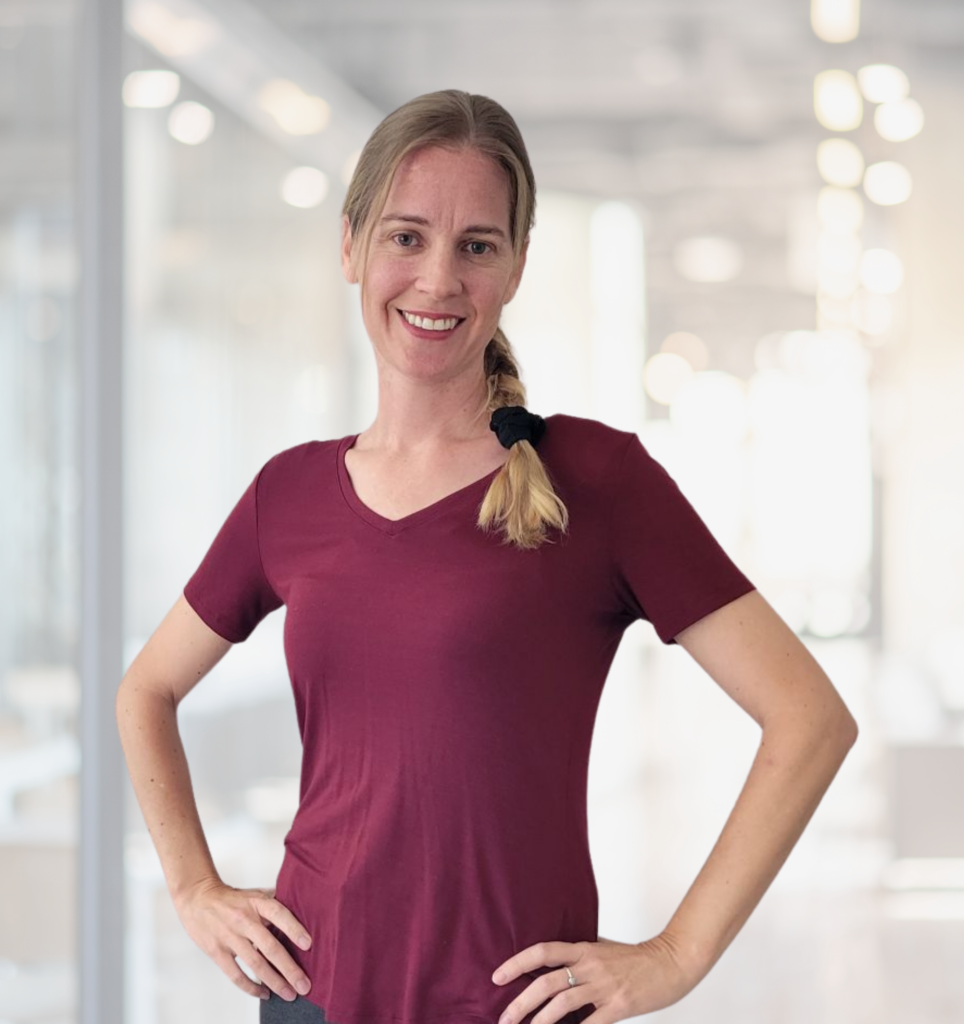 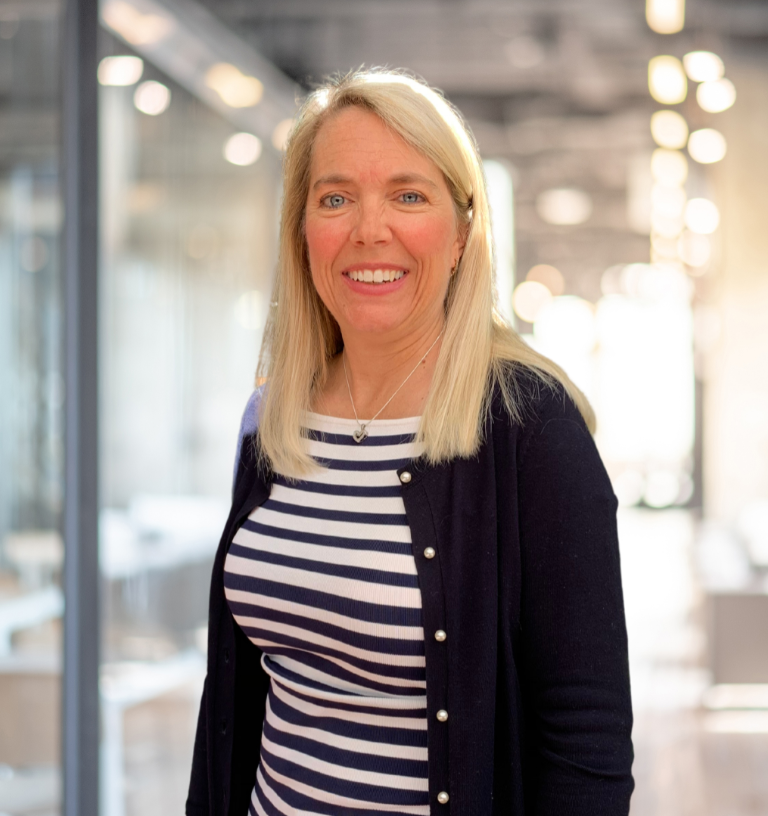 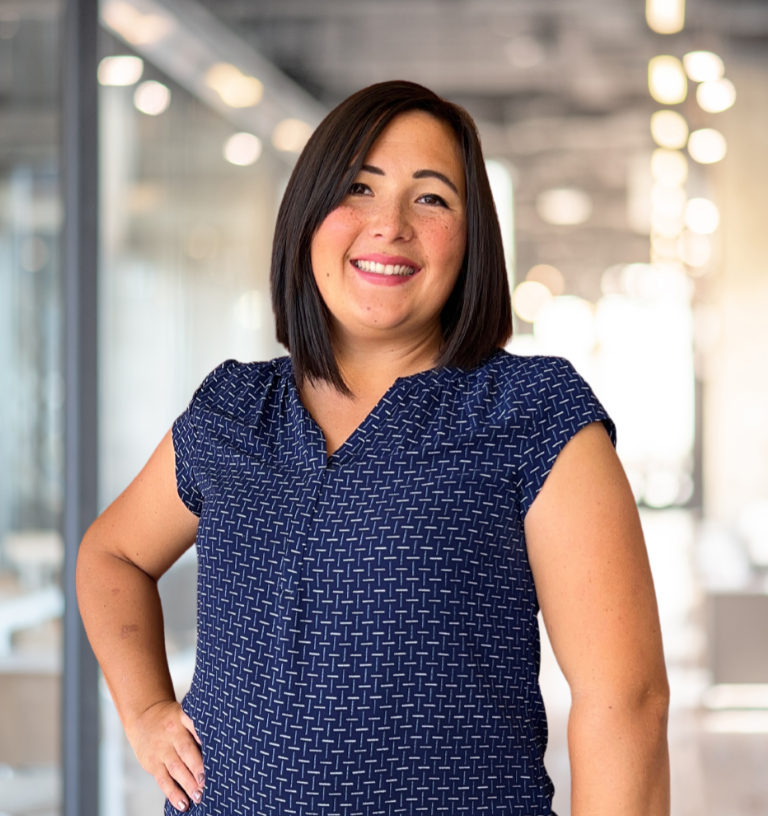 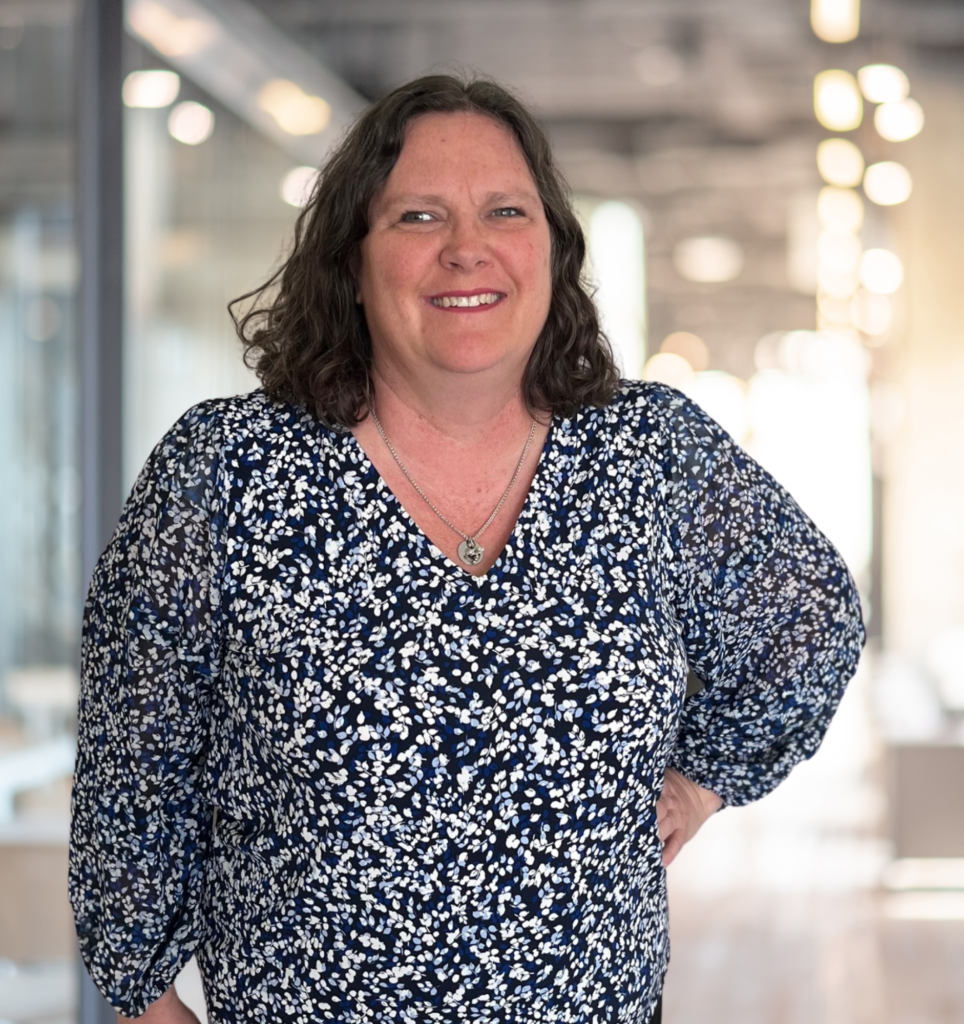 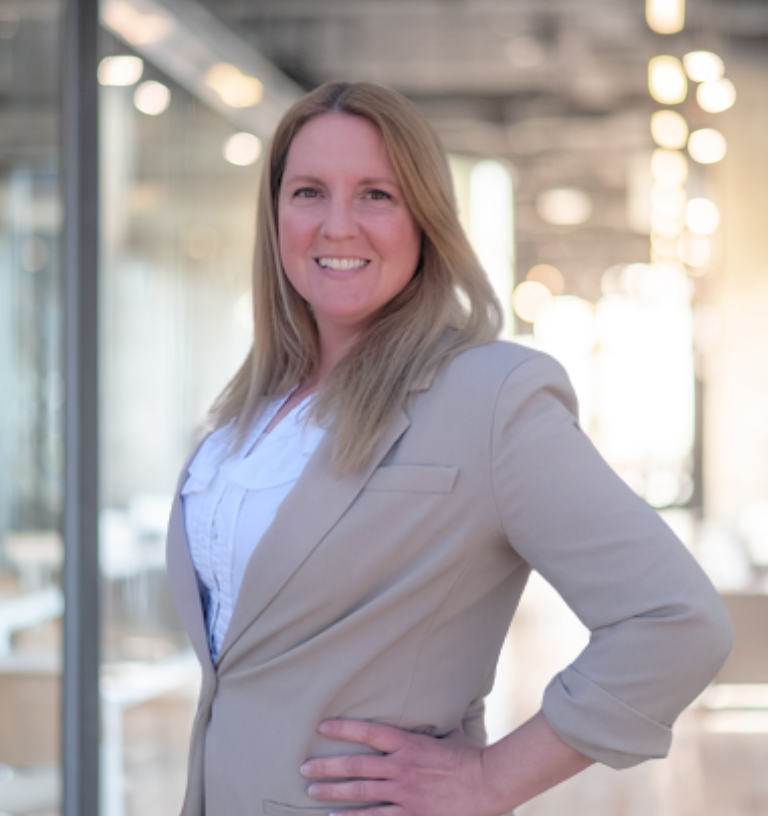 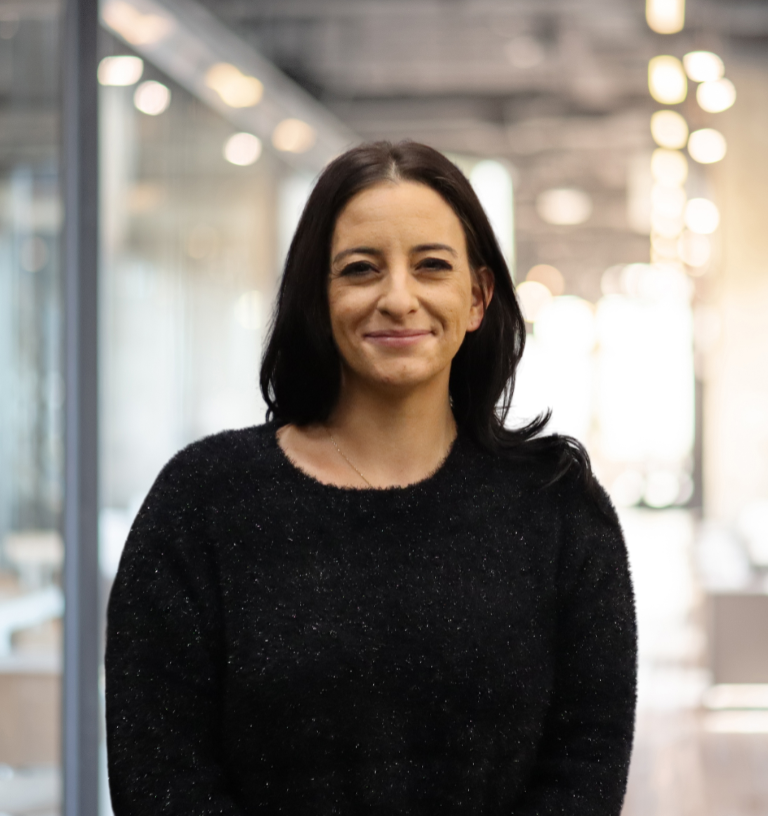 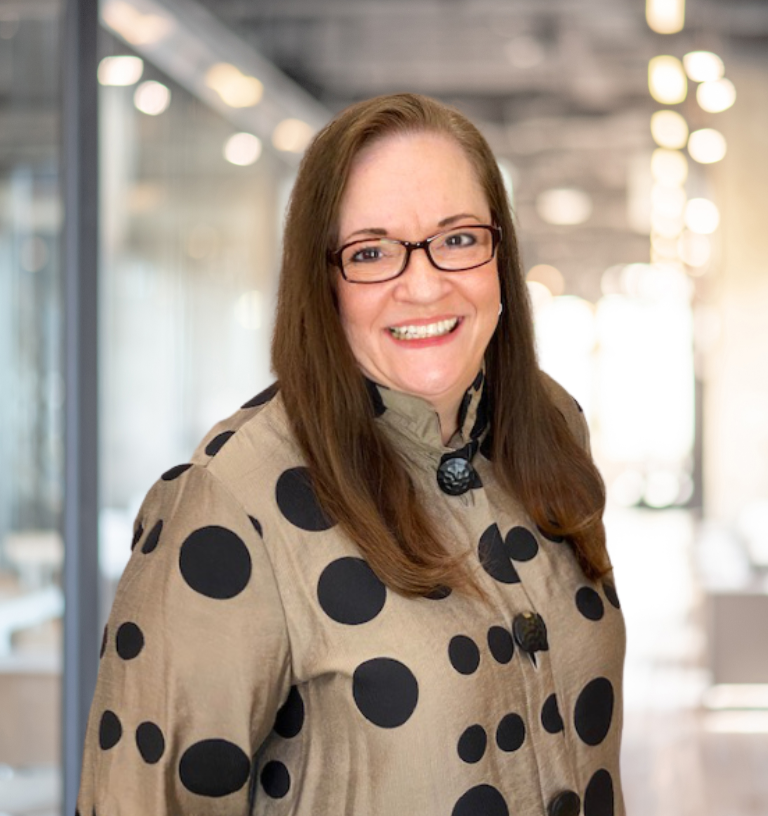 Ready To Start Your Journey to Success?

Franklin Moses has over 30 years of experience starting in the administrative side of managing healthcare organizations, growing practices from single providers to multiple provider groups, as well as developing at the time mobile medical provider programs, and introducing new healthcare technologies into healthcare operations. His time with hands-on operational experience helped him gain a full understanding of what it took to operate and support a successful healthcare organization. After his time understanding the business side of medicine, he took the next step of practicing medicine. Franklin obtained his MBBS degree from Kasturba Medical College and upon graduating returned to the United States to find the healthcare industry significantly changed from the time that he entered medical school. Because of this change the decision was made to become an entrepreneur in healthcare instead of the practice and delivery of it. To that end he has earned certifications from the University of Maryland in Entrepreneurship: Launching an Innovative Business and the University of Pennsylvania Wharton School of Business in Marketing and Operations Management.

His unique perspective of being a trained physician, as well as having vast experience in the practice of medicine, allowed him to have a unique vantage point on how to approach the needs of a modern medical practice, as well as providing solutions for the healthcare industry. It is Franklin’s endeavor to deliver results that allow providers to do what they do best — the practice of medicine.

Gavin is a subject matter expert in reducing hospital readmissions, staffing, PDPM, and creating healthcare technology applications in the post-acute setting. He has over 15 years’ combined work experience in management, marketing, customer service, and business development. Gavin graduated from the University of Southern California with a Bachelor of Science in Business Administration. Additionally, he earned a Master’s Degree in Business Administration from Pepperdine University. He is a certified RCFE and is a licensed NHA. In the industry he has focused on improving healthcare readmissions and processes through technology to enhance quality clinical and financial outcomes.

Having extensive experience in contract negotiation and executive-level communication, Sean has placed a high priority on long-term relationships and timely delivery of goods and services. He cofounded a national real estate training company in 2006 that instructed over 30,000 professionals during a 9-year period. He grew a company to $5 million in sales within 16 months and developed a virtual training program and multi-level training and education platform to service national clientele. Sean has successfully negotiated $300 million in contracts over a 5-year period. After exiting he invested in and cofounded Alert-Ease in 2019, an RPM software solution that was merged into Virtare Health in 2022. Sean is married to Allison McEwen, and together they have six children. Sean enjoys traveling with his family, participating in sports, especially basketball, going to the ocean, hiking, camping adventures, and delving into architecture/design and research.

Ron has over thirty years’ experience as a medical device professional, working for BD Infusion Therapy Systems. While with BD he held several positions of leadership, including Director and Core Team Leader for new, international product development and scale up; Director of International Manufacturing Support, Director and Fluid Management Business Platform Leader; and BD Nogales, Mexico, Plant Manager. Prior to his career in the medical device business, Ron was cofounder and Vice President of Operations for US Synthetic, Inc., an Orem, Utah-based diamond
tooling development and manufacturing company.

Brian is highly committed to ensuring quality of services and products. He is a results-focused management professional offering 23 years of progressive leadership experience. Brian transforms high-potential staff into outstanding leaders who demonstrate the creativity and savvy that is critical to financial and operational success. He has global business relationships and partnerships with experience scaling up growing companies.

Vaughn North attended Brigham Young University from 1963-1970, graduating cum laude with a Bachelor of Science in chemistry and a minor in physics. After three years as a US Army officer, he entered the University of Utah School of Law and afterwards took a patent attorney position with the Patent Development Office at the University of Utah Research Park. In 1978 Mr. North moved into private practice, eventually forming Thorpe, North & Western, LLP, a nationally recognized law firm with over 35 patent attorneys. During this period, Mr. North authored over 1,000 patents covering virtually every field of technology, with over 35 patents on his own inventions. In addition to legal activities, Mr. North was awarded the status of “Second Busiest Man in the USA” in 1996 by Southland Corp. and 7-11 Stores and was first recognized as a “Renaissance Man” in nationwide news releases, referring to his activities as a scientist, inventor, composer, conductor, and music performer on piano, cello, and voice, and member of the Mormon Tabernacle Choir for 16 years.

Robert Gregory has nearly 30 years’ experience as an attorney and business advisor in the healthcare industry and is licensed in both California and Arizona as an attorney. Robert has significant experience litigating healthcare cases in federal district court and the Ninth Circuit Court of Appeals, including successfully litigating two major class action cases that culminated in securing healthcare benefits for 1,000+ retirees from a Fortune 500 company. Robert has represented hundreds of persons in both state and federal courts who suffered medical injuries and has helped his clients receive the necessary medical care to remedy their injuries as well as obtain compensation for their injuries. Robert has extensive experience working with Medicare and Medicaid plans, third-party subrogation providers, state agencies asserting liens for medical services, and medical providers across nearly every medical discipline. He has served as general counsel for several companies, including a technology start-up that developed software platforms for the healthcare industry to enable real-time sharing of medical data.

Devin has over 20 years of combined work experience in management, project coordination, process improvement, and customer service. Devin graduated from California Polytechnic State University, San Luis Obispo with a Bachelor of Science in Graphic Communications, Management Emphasis. Her focus is on taking the many facets of Remote Patient Monitoring and applying technologies and processes in such a way that all parties seamlessly transition into a system, thereby benefiting everyone involved and better enhancing healthcare in America into a system that we ourselves want to use.